Just a video of us having a little fun with the food folks at Rockabilly’s Saloon in Green Bay, Wisconsin! Enjoy!

RIO AND THE ROCKABILLY REVIVAL WIN

ENTERTAINER OF THE YEAR (AMERICANA)
AT THE 2018 JOSIE MUSIC AWARDS!

Saturday, Sept 8th 2018, Rio and the Rockabilly Revival traveled down to the Celebrity Theater at Dollywood in Pigeon Forge, Tennessee, to be the opening act at the 2018 Josie Music Awards!!

The Josie Music Awards are the biggest independent awards show anywhere that we know of! Artist came from as far away as Malaysia and Australia, let alone every corner of the Americas. And not only did we go and give the wonderful artists and fans a full Revival experience in the 3 minutes it took to perform “Runaway Train,” we also won the award for Americana Entertainer of the Year!

We were so honored to just be nominated and invited to perform. We had no idea we would win. So much so, no one prepared a speech! Videos from our performance and when they announced our award will be posted soon!

Thanks to all the Revival fans, and thanks to the Josie Music Awards judges, and all the independent musicians out here in the trenches everyday! 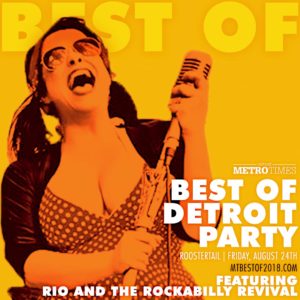 The Revival has been invited by the MetroTimes to be one of the featured acts on a triple headlining bill at the Roostertail in Detroit, along with other Detroit sensations The Reefemen and The Beggars.

BANDS TOGETHER AGAINST CANCER

RIO AND THE ROCKABILLY REVIVAL

Rio and the Rockabilly Revival will be pairing up with the Caroyln Striho Group to headling the 6th annual Bands Together Against Cancer MusicFest! AND Rio and Caroyln will both be getting mammograms from the Mobile Mammogram truck, thanks to St John Providence Hospital and The Enslander Cancer Center from 3-6pm! The BTAC MusicFest will feature several bands, music and fun all day long, at the Gibraltar Trade Center in Mt Clemens, MI. Bands start at 1pm, with The Revival on at 7pm followed by Carolyn Striho at 8pm. #MusicAndBoobs

Rio and the Rockabilly Revival took top awards in two categories for the 2016 Detroit Music Awards, taking both Outstanding Americana Artist/Group, as well as Outstanding Americana Recording: “Testify.” Absolutely amazing! With Detroit’s rich musical history and community of world class artists, it’s an honor to be recognized in this way. 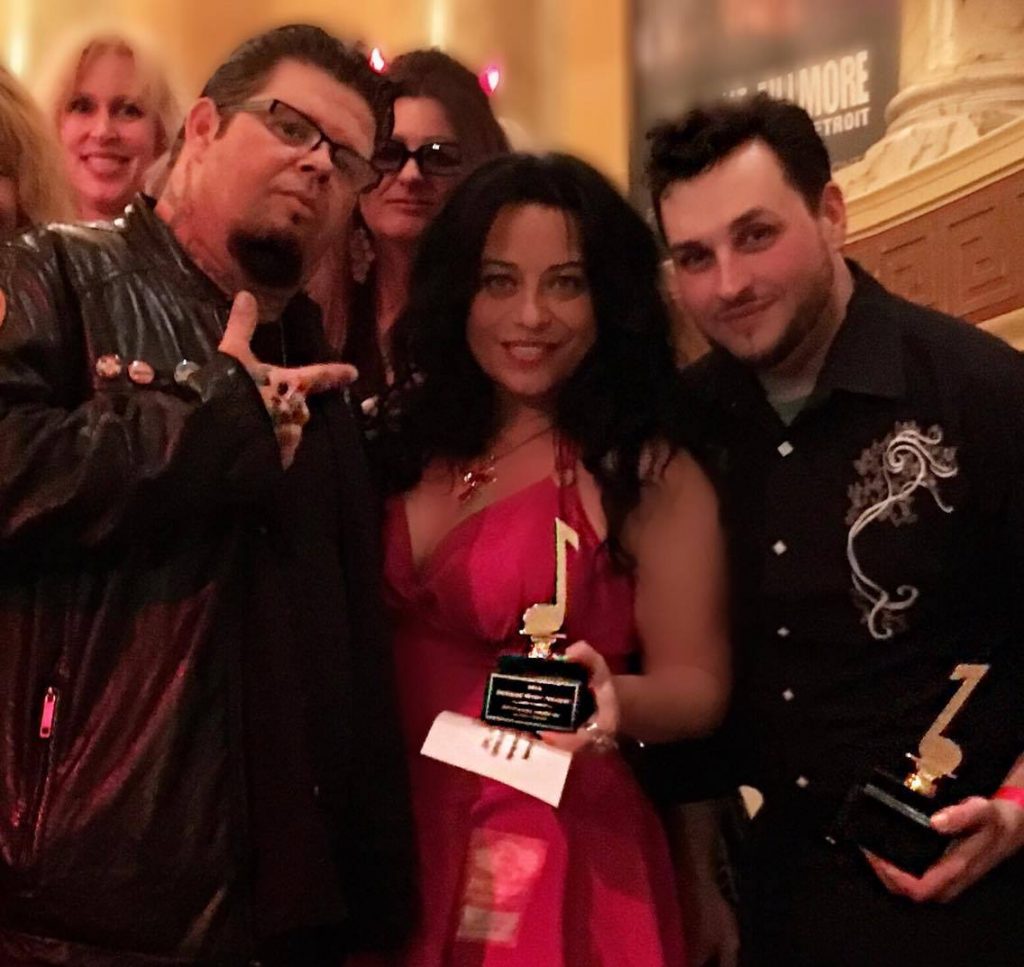 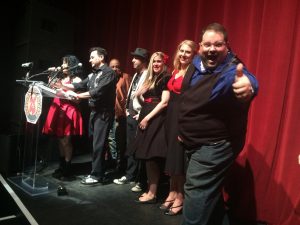 We want to thank everyone associated with Detroit Music Award Foundation as well as all the industry professionals that voted for us, support us, and deemed our music to be among the best of what Detroit has to offer! We look forward to bringing more Revival to the DMAs, Detroit, and to our fans around the world!