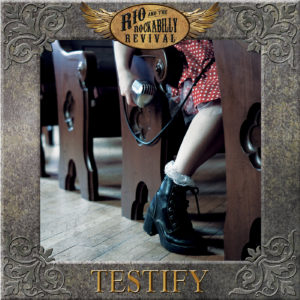 “Testify,” the third release by Rio and the Rockabilly Revival is a special album filled with some of the Revival’s original works that have been fan favorites at live shows for years, as well as some of their most-requested arrangements of classic rock ‘n roll standards, and a couple re-recorded and re-mixed songs from previous releases with new, fresh approaches from top musicians and singers. Note

© 2015 Rio and the Rockabilly Revival, ASCAP 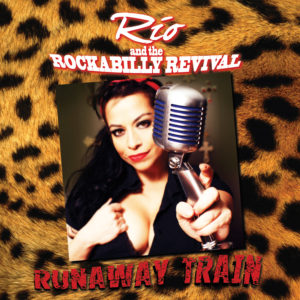 Runaway Train was recorded and released just like the title track, Runaway Train. A collection of 7 originals, plus one addition originally written by Brother Claude Ely (1940’s), and one special hidden holiday song, “Santa Skipped My House.”

© Rio and the Rockabilly Revival 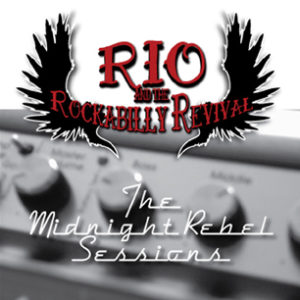 The Midnight Rebel Session started off as a set of raw, unfinished demos that Rio shared with a couple friends in confidence, simply to get their opinions on the new tracks. A few weeks later, a roots music DJ from England was emailing Rio, asking if there were more tracks he could play. The demos had been leaked, and were already getting air time. Part of the feedback Rio started to hear back was an appreciation for that raw, unfiltered energy the demos possessed. It was a lesson in letting go and letting the Universe decide, and decide it did!

The name of the album is from Rio’s child hood, when in the middle of the sultry summer nights in the Detroit suburb where she grew up, she would wake up in the middle of the night and sing the music of Jack Scott and Johnny Cash out her window through the screen so she could hear her voice echo off the silent pavement. Her only audience was her neighbor’s German Shepherd, Rebel, who would spend the nights out in the yard. He would position himself so he could see her over the privacy fence in her upstairs window, and silently listen and wag his tale in the midnight hours…