“It’s just you, the microphone and the truth”

Like a whiskey soaked, Southern revival tent, Rio and the Rockabilly Revival serves up spitfire Rockabilly where angels fall and sinners are welcome. Make no mistake, this is not your daddy’s Doo-Wop. It’s pure Rock & Roll with all the sin, sweat and swagger allowed by law.

The Revival draws heavily from the genres that came together in the early 50’s to form what would be first known as Rockabilly and later known as Rock and Roll: Jump Blues, Gospel, Hillbilly Swing and Rhythm and Blues. These genres came together with a “rock beat” and Rockabilly was born. Later it would be known as Rock & Roll. Blending these old school sounds with a fresh, modern, aesthetic has proven to be a winning combination for Rio and the Rockabilly Revival, appealing to traditional purists and modern music lovers alike.

“Then Scafone’s on stage, twisting, gyrating and owning every inch like some sort of possessed, evangelical-satanic dervish.  It’s at once nostalgic performance art, killer show band and rock ‘n’ roll wonder.”

Their bombastic stage show whips audiences into a frenzy, featuring Rio Scafone in full-tilt, Bettie-Page-on-a-rampage persona, sporting her trademark pinup dress and worn, scrappy boots. Back it up with tight harmonies, top notch musicians and high-energy choreography and you’ve got yourself a Revival show. Their concerts have been hailed as the “Church of Rock & Roll” playing off themes of sin and redemption, driving fans to their knees, chanting, “Save My Soul!”

Front woman, Rio Scafone ignites the stage with a raw audacity that critics describe as “exhilarating” and “primal.  With the slow-burn swagger of a young Elvis Presley and the wailing abandon of Little Richard, Rio is known for her larger-than-life stage presence and big soulful voice. She’s been described as “Big Mama Thornton meets Little Richard meets Freddie Mercury.” 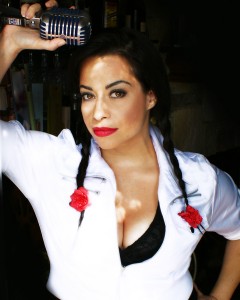 Rio Scafone is a living, breathing force of nature. Renowned for her belting vocals and feral like stage presence she is equally known for her fierce work ethic and has been known to rehearse up to 7 hours a day to prepare for a concert or show. She is the niece of Rockabilly legend and pioneer Jack Scott, but that is hardly her whole story. She literally grew up steeped in Rockabilly thanks to her uncle and her parents who filled the house with the sound of Carl Perkins, Johnny Cash and of course Jack Scott. Rio eventually moved to the West Coast where she dove head first into music and acting. She flatly turned down a major label record deal offered to her in Los Angeles. “They wanted me to be a breathy sex-kitten Barbie type, and I’m standing there in combat boots, with my wild curly black hair and a voice that would blow out their studio monitors. They didn’t know quite what to what to do with me back then. Probably still don’t.” She has spent the last 25 years on stages across the United States in a wide array of musical projects, professional theater, feature films and television roles. But it’s music that is her home base and while she is  self proclaimed creative chameleon, Rockabilly fits Rio like a glove: the fashion, the swagger, the grit, the passion, and the rebel spirit are personified in her music and every performance. photo by Feral Fotography 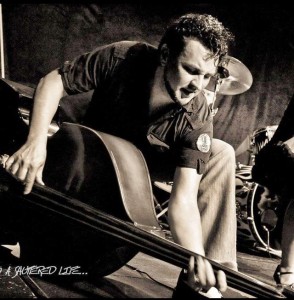 Seán “Junebug” Harris started playing bass guitar in a Detroit suburb at the age of 15. Early on, he gravitated towards metal and funk but soon added jazz, Motown and soul music to his repertoire, attracted by the amazing basslines. He added an upright bass to his arsenal, pursuing small ensembles and big bands. He was accepted to both Berklee College of Music and Julliard, but decided to stay in Detroit to pursue a Jazz major at Wayne State University, where he was steeped in the Detroit jazz scene and becoming a well known and highly-sought bassist, and performing with the Detroit Symphony Civic Orchestra. During the late 90’s swing revival, he landed a gig playing upright bass for Lava/Atlantic recording artists, The Atomic Fireballs. After AF’s breakup, he has been a band leader, musical director, arranger and sideman for dozens of projects, playing a wide diversity of styles, including funk, latin, world music, fusion, metal, celtic, jazz, bebop, soul, big band and much more. In addition to the Revival and many short or subbing tours, he’s toured with Motor City Josh (Blues), The Town Pants (Celtic Roots Rock), Lucky Blaggards (Irish) and Louis Prima Jr. and the Witnesses. Junebug loves little more than a-slapping and a-sweating over his big bull fiddle, and arranging music/directing the band with Rio for the Revival. photo by Chris Bjornberg 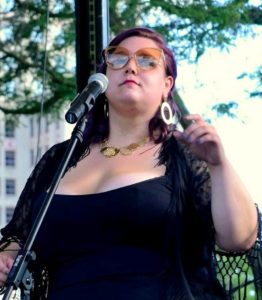 Erin Smith has just joined the band, and we haven’t had nearly enough time to get her bio up. It’s coming, we promise. 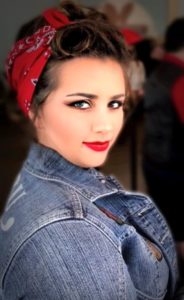 Paige Grider has been playing saxophone for over a decade, with a background in Musical Education from Oakland University. She has toured the country playing with various ensembles in a wide variety of genres including classical music with large ensembles and saxophone quartets, as well as rockin’ on the road with Rio and the Rockabilly Revival. She hopes to eventually become a high school band and orchestra director to help guide a new generation of musicians to success. 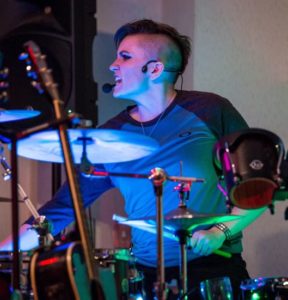 Before Haley was a drummer, she was a tap, hip hop, and jazz dancer. She always had a knack for rhythm, she started in school as a concert percussionist and learned drum set through her school’s jazz band program. Haley has played a wide variety of genres with various groups and situations, including Jazz, Motown, Drum Line, Musical Theatre, Celtic (Wakefire), and Rock/Alternative. She is also an accomplished singer and lyricist. She prides herself on being as theatrical and “extra” on stage as possible, which she blames on her prior experience in dance and theatre. Rio and company call that “good showmanship.” 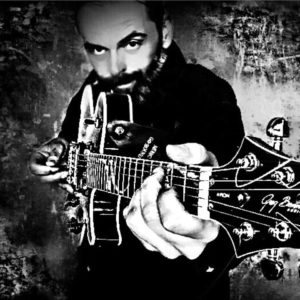